Algae present an opportunity for building a new energy production platform based on CO2 and sunlight. Algae will produce fuel from CO2 and sunlight, and will not compete for fresh water, food production, or natural ecosystems. An open platform will provide the seedbed for innovation to develop many types of biofuels. 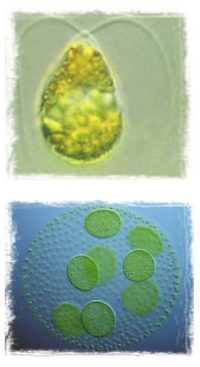 Develop an open algal platform as a basis for a suite of technologies, including energy production and the production of other high value materials.

There are two main motivations for developing alternative methods for energy production. These are the cost of input (oil) into the fossil fuel energy industries, and the cost of the outputs (CO2). Algae can likely capture value on both sides of this equation, reducing the cost of oil, and being either carbon neutral or negative.
The United States alone burns about 20 million barrels of oil a day. At a cost of $100/barrel, this is about $2 billion/day or $730 billion/year. About 2/3 of the oil is imported. The US, or indeed any net importer of oil, could save billions by producing energy domestically.

The other big cost of fossil fuels is the cost of the CO2 emissions. Climate change is an economic cost that is difficult to calculate precisely and not currently factored into the price of oil. Nonetheless, the cost is likely large and estimates of the cost continue to improve. Attempts to factor CO2 emissions costs into the price of oil have already begun and will probably continue. As data from the Energy Information Administration of the US government shows, 2006 carbon emissions reached 7,075.6 million metric tons. Pricing carbon is difficult, but the European Trading Scheme has priced carbon between $12 and $34. This results in a yearly emission cost of between $84.9 and $240.6 billion.

An algal energy platform would seek to capture value by avoiding increasing costs of limited fossil fuels such as oil, and also prevent future emissions, or indeed reverse emissions.
In addition to energy production, an open algal platform would be valuable as a basis for other products. These might include pharmaceuticals, proteins, nutrients, and materials.

In developing an algal platform, it is important to consider what resources are likely to be limiting going forward. These include limited fresh and clean water, and limited agricultural land, or indeed any land. The optimal algal platform, rather than using these resources efficiently, will not use them at all. This will prevent the platform from competing with other uses of the resources, like food crops.
The optimal algal platform will use non-potable, non-agriculturally suitable salt water. There may also be scope for using waste-water. In addition to not competing for a valuable resource, this approach will also make previously unusable water into a resource itself.

Another issue to consider is the destruction of natural ecosystems in order to produce something of economic value. For instance the destruction of rain forest in Brazil or Malaysia to clear land for the production of biofuels or beef. Palm oil grown in Malaysia is actually an efficient use of land in terms of biofuels production, i.e. there is a large amount of fuel produced per unit of land. Nevertheless, like CO2 emissions, ecosystem destruction is huge cost that has not be properly factored in. It is better to design a platform that will not be likely compete with rainforest in the first place. I am not sure what the best solution to this problem is. Obviously a system that could fit on a roof would obviate the need to chop down rainforest, but efficiency might be increase to have larger systems, and there might be places where large spaces can effectively be used without damaging important ecosystems.

There are currently several algal platforms in use. These include the scientific model species Chlamydomonas reinhardtii, as well as the green algae Chlorella and Dunaliella and the cyanobacterium Spirulina, the three of which are grown for nutrients.
These species may be good for what they were initially selected to do, but are not necessarily a good basis on which to build a future algal platform.
Chlamydomonas was selected as a model species because it was easy to study its genetics and physiology, not because it promised to be the optimal species for growing industrially. Similarly, species such as Dunaliella salina and chlorella were selected because they produced large amounts of specific nutrients, and not for other reasons that might be important for energy production and conservation of limited resources.
It is also important to remember that all of the algae in use are essentially wild species, not improved agricultural crops.
A comparison of algae to corn will illustrate the point. The ancestor of modern corn, teosinte provided a basis for the development of modern corn, yet the agricultural corn industry could never have been built on the platform of teosinte. Likewise, wild algae strains will almost certainly not provide a basis for a new agricultural economy on their own merits. Promising candidates will need to be sought out and improved to fit the needs of a new algae industry.

What are the desirable platform traits? Keeping in mind the obvious future resource constraints, a desirable platform would be capable of growth in substandard water, would be resilient to disease and weeds, not require large amounts of agricultural land.
Traits that would allow the algae to flourish in substandard water might include halotolerance, metal tolerance, or the ability to grow in different types of waste-water.

Other important traits might include thermotolerance if they are to be grown in sealed bioreactors where the dissipation of heat is a problem. There is also the issue of resilience in the face of disease, pests and weeds. Growth rate and nutrient requirements will be important.

In addition to these traits, it is important to remember that the algae will need to be amenable to molecular manipulation. Chlamydomonas was chosen as a model system because of the relative ease with which it could be manipulated. It has one big chloroplast, can feed heterotrophically, and doesn’t have a cell wall. These traits will be desirable in any platform, though the other traits described will be important as well.

There are at least two manifestations a project like this could take, a for-profit business, or a non-profit collaborative. These two approaches will diverge at some points but will also have several points in common. The choice of path to take should depend primarily on how quickly it will result in the development and deployment of an open algal platform. Both approaches will be tasked with creating and maintaining an open platform for the production of energy and other products. This will include selecting a platform algae species and developing it into something that could be used for a range of products. In both instances, companies will add to the platform to create some sort of economic value. It will need to be decided where the platform will end and layers on the platform will begin.

Once we have selected the parameters of the platform, we need to decide who needs to be brought on board for the different business models, and we can choose the best route. Alternatively we can tweak our requirements for the platform to make it more palatable to partners.

In a for-profit model, it is relatively easy to figure out what investors will want: money. They may be inclined to overlook smaller profits if there are environmental benefits.

In a non-profit model, it may be more difficult to form the necessary alliances, particularly in a short amount of time.

One product that might not be initially obvious, but will likely become more valuable in the future is fixed carbon. It might be that simply letting algae grow and collect CO2 from the atmosphere will be a legitimate economic activity.