Amy Anne Lubik graduated from Simon Fraser University with a Bachelors in Biochemistry, after completing an Honours project on HIV immunology and traveling to the Ukraine to teach HIV education. She is currently a PhD student of the Australian Prostate Cancer Centre and the Canadian-Australian Prostate Cancer Alliance. Amy’s interests include long-distance running, hiking, dancing (belly, salsa, tango and swing), and if science does not work as a career, her love of experimental baking will lead her to open a bakery and save the world with cookies.

Royd is originally from Idaho, and spent his early years working for his family’s business developing new breeds of the grain teff and promoting their use in America. He did his B.A. in biology at Reed College in Portland, Oregon, where he did a thesis on telomere proteins. After research experiences including working on teff breeding at Cornell University, he traveled in Africa trying to learn Somali before finding himself in Australia, where he decided to do his PhD working on bacterial type IV secretion systems through the ANU under Dr. Richard Jefferson. Royd is currently on a leave of absence to complete a round the world trip. 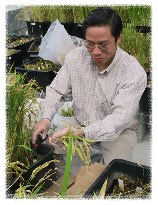 Dr Tran Ngoc Thach is a scientist at the Cuu Long Delta Rice Research Institute in Vietnam. He obtained his Ph.D. from the John Curtin School of Medical Research of the Australian National University, with his thesis work at CAMBIA under the guidance of Dr Richard Jefferson and Dr Andrzej Kilian. His thesis research, which contributed materially to the results of a larger project sponsored by RIRDC, culminating in an international patent application, was to identify and develop unique plant transcriptional activators that can be used to work around a number of constraining promoter patents. 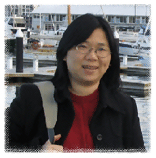 Sujin received a Rockefeller Foundation Ph.D. fellowship in 2001 to study at CAMBIA through The University of Sydney (Australia) under the supervision of Dr. Andrzej Kilian and Dr. Peter Sharp. Her Ph.D. project, nearly completed, is functional genomic analysis of seed size and character determinants in rice.  For this work she has been using both a transactivation approach and Diversity Arrays technology.  Sujin is from Kasetsart University in Thailand and she has in mind postdoctoral work there continuing to collaborate with the CAMBIA team and another researcher from Thailand on Transbacter extension in monocots.

Damian is in the process of completing his PhD through the John Curtin School of Medical Research at the Australian National University. His research at CAMBIA has been on the development of Diversity Array Technology (DArT) in plants and mammals. Damian is first author of the primary publication on DArT, which involved plant genomes.  His Ph.D. project involves extending this CAMBIA technology as much as possible, principally to the mammalian genome using mouse as a model. This research also includes a component of computer modelling, testing various ideas in silicoaiming toward improvements and information about aspects of Diversity Array representations using a range of PERL scripts and programs such as stand-alone Blast (NCBI) and MathCAD. Genomic sequences and inputs such as polymorphism information and various annotations are combined to give insight about the complexity and the potential for polymorphism detection for particular representations. Damian is also working on improvement of Diversity Array technology development, converting the hybridisation method normally performed using individual microscope slide sized substrates to a larger 96-well format plate array. This involves designing new chambers, print maps and testing conditions to optimise signal to noise for a different setup. Damian, a Canberra native, is fluent in both English and French and his Ph.D work follows a Bachelor of Science Honours degree from the Australian National University with a project to determine the potential of a novel method of anchoring proteins onto tumour cells for cancer vaccine research.

Yang completed her PhD in 2007. Funded through CAMBIA by the Finkel Foundation, Yang started her PhD through Charles Sturt University, Australia, in August 2003 under the supervision of Dr. Andrzej Kilian on DNA diversity arrays technology development and application for pigeonpea (Cajanus cajan (L.) Millsp., family Leguminosae). Previously she had worked at CAMBIA as a visiting scientist from the Institute of Crop Genetic Resources, Guangxi Academy of Agricultural Sciences, China, on projects in rice and cassava technology development.

Dr Satya Nugroho, now working on drought tolerance and other agronomic qualities of rice at the R&D Center for Biotechnology at LIPI in Bogor, Indonesia, was a Ph.D. Student at CAMBIA under the guidance of Dr Richard Jefferson and Dr Andrzej Kilian. His Ph.D. thesis concerned molecular approaches toward apomixis, carried out with funding from the Rural Industries Research and Development Corporation. Satya characterised the Oryza sativa homologue of RIM11 and studied its expression. Read Satya’s PhD Thesis.

Fu was a Ph.D. Student at CAMBIA under the guidance of Dr Richard Jefferson and Dr Andrzej Kilian. His project was rice transgenomics, studying transcriptional activators with an emphasis on molecular approaches toward apomixis. Fu is now working at China National Hybrid Rice R&D Centre in Hunan, China. Read Fu’s PhD thesis. 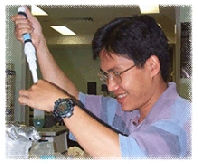 Some of Tuan’s Ph.D. thesis work on GUSPlus under the guidance of Dr Richard Jefferson can be seen at at CAMBIA’s BioForge collaborative website in the GUSPlus project. Vectors and protocols can be obtained at this site for use under a BIOS License.  Tuan, who joined us from Vietnam, is now doing postdoctoral research at Department of Chemistry at Hoyt Laboratory at Princeton University, working with Dr Charles Dismukes. 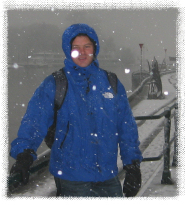 Alexander Wittenberg came to us from the Netherlands through an arrangement with DArT Pty. Ltd. and worked under the supervision of Andrzej Kilian on improvements to the Diversity Arrays technology (DArT) which featured in a 2005 publication. He was an early contributor to the BioForge and also delighted us with oliebollen and appelflappen during Dutch language week.