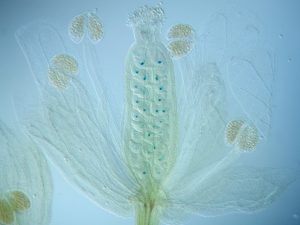 This analysis was prepared by Dr. Brett Baillie and Dr. Marie Connett Porceddu using patent application and patent data provided by Neil Bacon and Doug Ashton from within a larger project funded by the OS4 Initiative (link) .  We are grateful for production assistance on many of the pages here by Dr. Kerry Fluhr, Dr. Wei Yang , Dr. Nick dos Remedios, and Nik Hatta.

Patent Landscape of the Arabidopsis genome and related plant species

This landscape deals with the Intellectual property and IP issues surrounding the genome of Arabidopsis thaliana. The landscape is intended to provide insights into the deliverability of innovations in the plant sciences for the public good. To this end the landscape investigates patenting activity directed towards the nucleotide and gene sequences from Arabidopsis– with a particular focus on patent applications involving large groups of DNA sequences. The results of the analysis will be of interest to those involved in public sector research and innovation who are unaware of the ways in which the fruits of public-funded research can be sequestered by private for-profit organisations.

Patent applications that claim Arabidopsis genes have the potential to also claim related genes from other organisms. Hence granted patents on genes in Arabidopsis may effectively grant exclusionary rights to similar genes from important industrial and subsistence crops such as canola, soya, potato, cassava, cotton, poplar and Eucalyptus.

Understanding the landscape of patents on Arabidopsis sequences also allows a better understanding of the degree to which these overlapping patent rights may influence future research and innovation. If findings about the function of Arabidopsis genes provide stronger enablement for composition of matter claims already filed, research done in the public sector may not actually be in the public domain or available for public good uses!

What this Landscape is about

This landscape will provide an overview of some important aspects of the intellectual property claims covering the Arabidopsis genome, which many in the biological sciences consider to be a public good, a model system that enables critical insights into many of the important pathways of crops, weeds and other plants.  In particular, we investigated “bulk sequence claims”, patent applications that attempt to claim  100 or more Arabidopsis sequences, and found a large number of such patent applications by Monsanto, Syngenta, Dow, Dupont, Bayer, and BASF and their subsidiaries and researchers who work with these companies under exclusive contracts.

What this Landscape is NOT about

This landscape is not intended to provide a legal opinion about freedom to operate using Arabidopsis sequences.   The nature of patenting systems worldwide means that new patents and patent applications may appear at any time.  Similarly, patents may lapse or patent applications may expire or be replaced by new applications.  During the course of preparation of this landscape in early 2007, a series of new publications appeared, providing information for the first time on applications encumbering thousands of sequences, filed up to seven years earlier.  This provided a firm reminder that it is not possible to take for granted that if a topic is not readily found in a search of published patents and patent applications, there is freedom to operate!  So, although we have tried to give the best coverage of the intellectual property surrounding Arabidopsis sequences, this landscape should not be viewed as a comprehensive coverage of the subject.