Plot of trends in claiming biological sequences over time

The plot below shows the the total number of U.S. patent applications containing sequence listings from 2001 through the second quarter of 2005. The plot was constructed with data from applications published since 15 March 2001, when applications were first made available in the XML format. The data do not extend to the current date due to the 18 month lag between when an application is filed and when the application generally publishes. 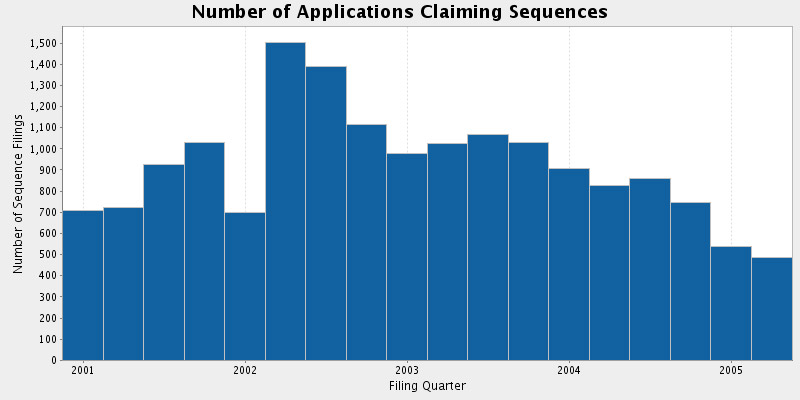 The graph below shows the average number of sequences referenced in claims over the same time period. 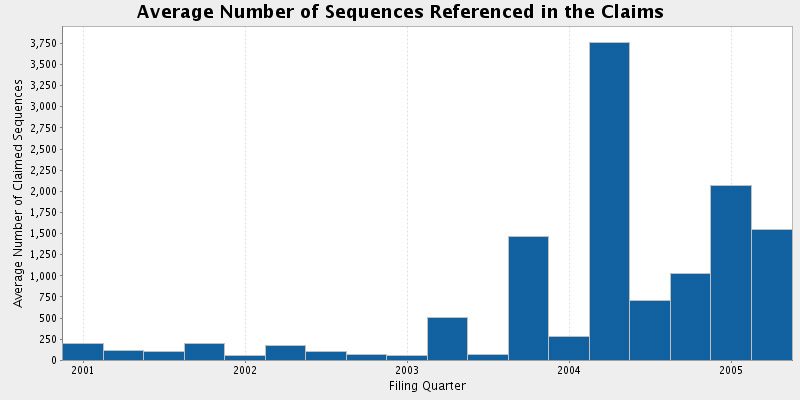