Australia is the second driest continent after Antartica.  Such a dry climate impacts on salt leaching and bedrocking and leads to having shallow soils and fragile hydrologic conditions. 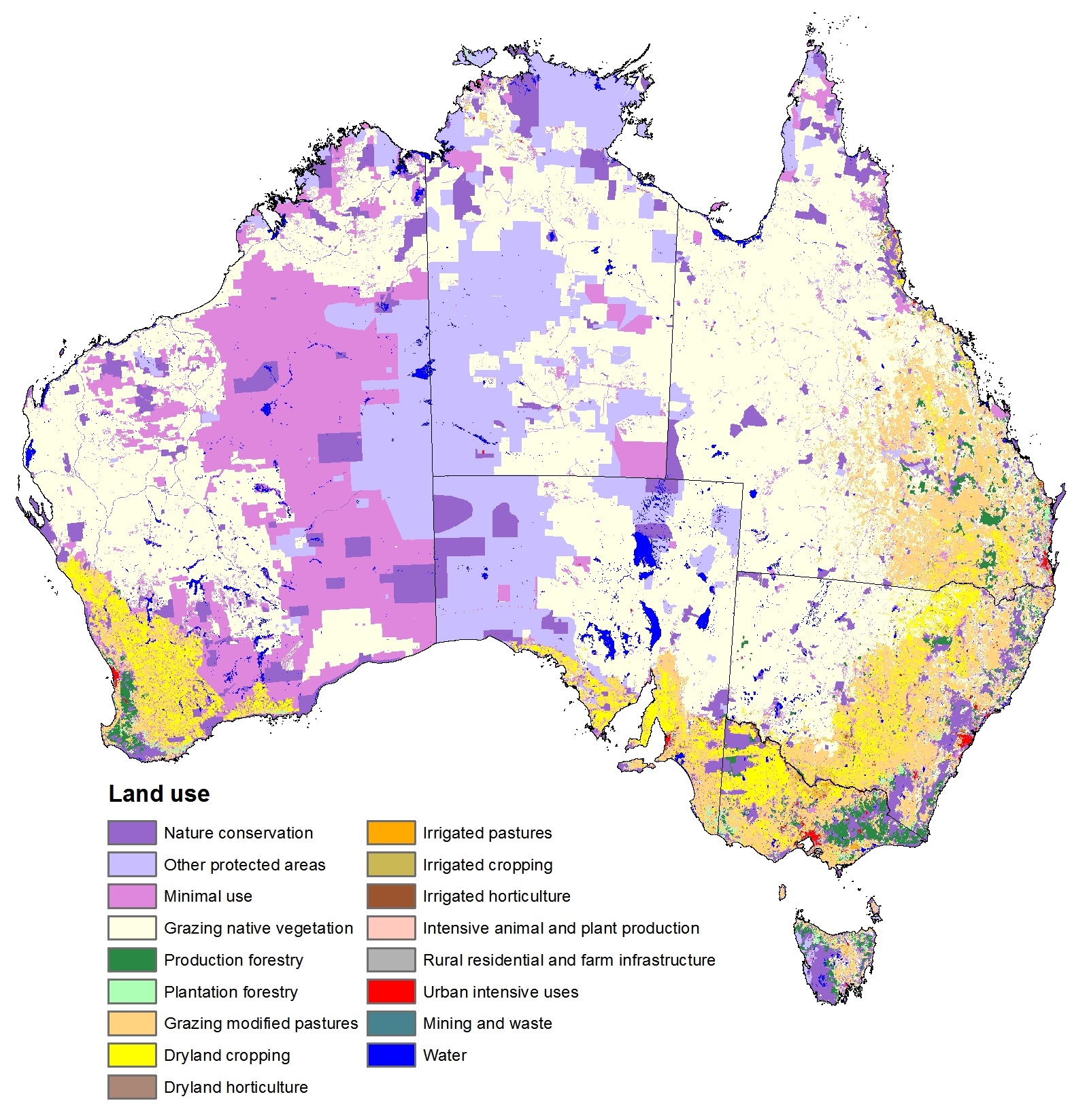 Fig. 1. Land use in Australia

Three broad zones can be visualized in Australia:

To encourage economic and agricultural development, Australia subsidized irrigation, nitrogen and phosphate fertilizers between 1966 and 1984 (Hyberg, 1991).  Whereas these subsidies facilitated intensive agricultural systems, the overuse of fertilizers lead to increased salinity problems, soil acidity, and contaminated fresh and ground water in the 1980s.   By the 1990s and with reduced pasture areas, the introduction of break crops (ex. Canola) in between cereal croppings, and the adoption of semi-dwarf cultivars, Australia has been experiencing a selective increase in nitrogen applications with a fluctuating upward trend for phosphorous applications.

Although fertilisers have boosted Australia’s agricultural production, there is a general concern about the impacts of these fertilisers on the environment and aquatic ecosystems.   For example, during the manufacturing of phosphorous, a by-product, known as phosphogypsum which contains radium, is produced.  In addition, due to the persistence of trace metal contaminants at higher concentrations, phosphorous application affects off-site water quality.  By far, the most important environmental concern reported is the export of 5% of the applied phosphorous into surface waters and to a lesser extent groundwater (Nash 2004).  For nitrogen what are the concerns?

Is there any potential for a biosentinel plant here?