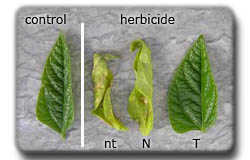 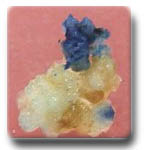 Over twenty primary transgenic cowpea plants have been produced so far. These plants were established in the greenhouse and analysed for the bar gene by PCR as well as for phosphinothricin acetyl transferase (PAT) activity by enzyme assay. Seeds of all putative transgenic plants were collected and several seedlings (T1) were analysed for the bar gene by PCR and for PAT activity. Segregation in the T1 generation indicated a Mendelian pattern for most tranformation events. The T2 progeny of several events were confirmed as positive and homozygous plants have been identified after screening of T3 seedlings. The gene transfer system is now suitable for use in the genetic transformation of cowpea with recombinant genes including those for protection against insects. Share your results on cowpea transformation in the discussion forum.