Models of bioindicator systems in this landscape

There are two basic types of transgenic bioindicator systems that are introduced in this technology landscape:

Inducible promoter that induces expression of a reporter gene

This concept is relatively straight forward, in that the environmental condition, compound, or substrate triggers the promoter to direct expression of the reporter gene.  The inducible promoter may respond to a single stimulant, or to a set of stimulants.  Promoters that respond to physical conditions (such as drought, temperature, or high salinity) are mainly identified from plants, whereas those that respond to particular compounds or substrates tend to be found in prokaryotes, e.g. bacteria isolated from sites with high levels of particular chemicals, selected for their the ability to metabolise/detoxify such chemicals.

The figure below shows some examples of promoters and reporters that have been used in this way in the literature. 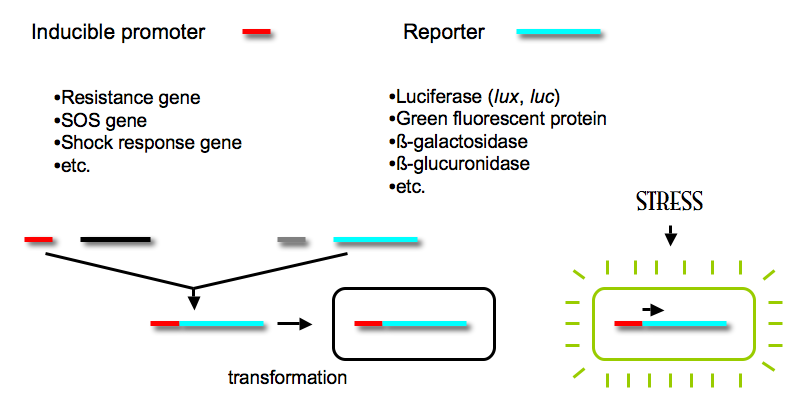 Constitutive promoter that directs expression of a reporter gene

The second bioindicator system uses constitutive expression of the reporter gene.  The reporter signal can be used in many ways to detect the presence of an environmental condition or a compound/substance, including the following four:

The figure below shows some examples of promoters and reporters that have been used in this way in the literature. 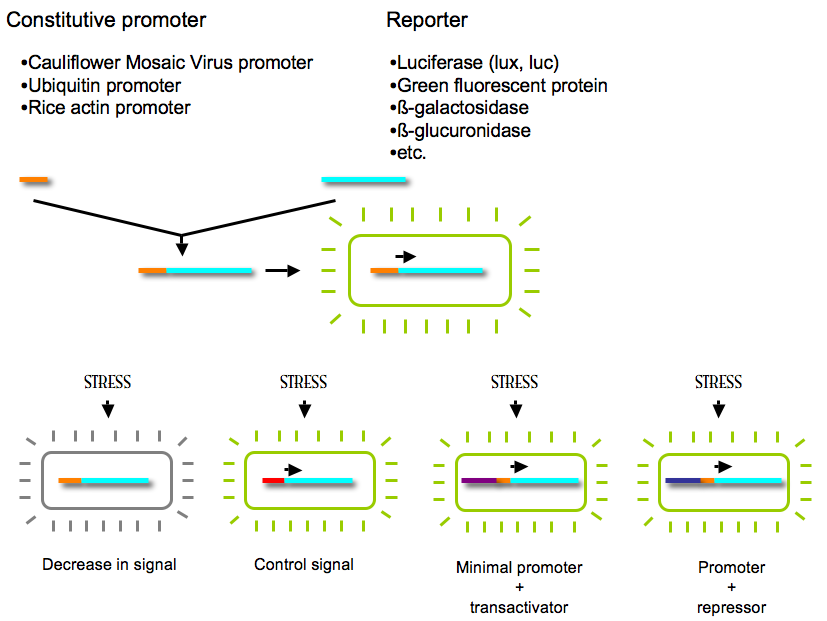