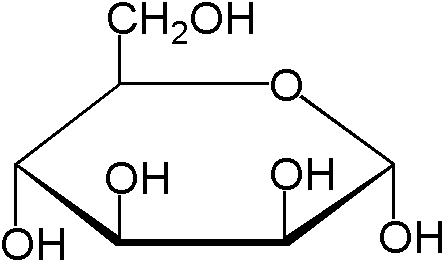 Phosphomannose isomerase (PMI, EC 5.3.1.8) is an enzyme that converts mannose-6-phosphate to fructose-6-phosphate, an intermediate of glycolysis that positively supports the growth of plant cell.  In 1984, a gene coding for phosphomannose isomerase (manA or pmi) was first isolated from Escherichia coli by Miles and Guest.  However, its first application in plants as a selectable marker gene was reported in 1998 by Joersbo et al.  The idea was that plant cells lacking PMI are incapable of surviving on synthetic medium containing mannose as a carbon source.  Introduction of  the manA (pmi) gene into plant cells enables those transformed cells to utilize mannose as a carbon source, improve the energy status and avoid accumulation of the derivatized mannose-6-phosphate, and thus gives the transformed cell the growth advantage over the non-transformed cells.

To date, no endogenous PMI activity has been detected in plant cells, indicating that PMI selection may be useful in the transformation of many plant species.

Another selection system is based on xylose. Some plants such as potato, tobacco and tomato can not use D-xylose but can utilize D-xylulose as the sole carbon source.  However, a problem initially encountered when xylose was used in the selection medium was the induction of callus.  This proble was solved by addition of auxin inhibitor into the selection medium.

This system enables the effective selection of transgenic potato, tobacco and tomato cells using D-xylose as the selective agent.  Transgenic cells expressing the xylose isomerase gene can utilize xylose as a carbohydrate source and proliferate, whereas non-transgenic cells starve.