Monsanto, which was founded in St. Louis Missouri in 1901, is an agricultural company that is well-known in the area of plant gene patenting. Monsanto is a key member of an expansive web of business relationships that are shown in a chart on this page.

To date, Monsanto (inculding Calgene and Dekalb Genetics Corp.) have only seven granted patents on rice sequences. However, Monsanto is a key player in this landscape because of the large number of “bulk sequence applications” that they have filed. To date, Monsanto has 10 pending applications that each recited more than 7,000 sequences in the claims as originally filed. One of these, U.S. Application No. 20040214272, recites 369,326 sequences. The plot below shows the percent coverage of the rice genome by Monsanto patent applications:

Monsanto was the first private company to announce that it completed a working draft of genetic map of rice. According to a 2002 Monsanto Press Release:

The following excerpt was reported in Nature Biotechnology (Nature Biotechnology  18, 484, 2000). No mention was made of the patent applications. Patent applications are generally not published for 18 months after their initial filing, but due to non-publication requests by Monsanto, some of these were not published for many years, as late as 2007 (see the page on Submarine Applications). 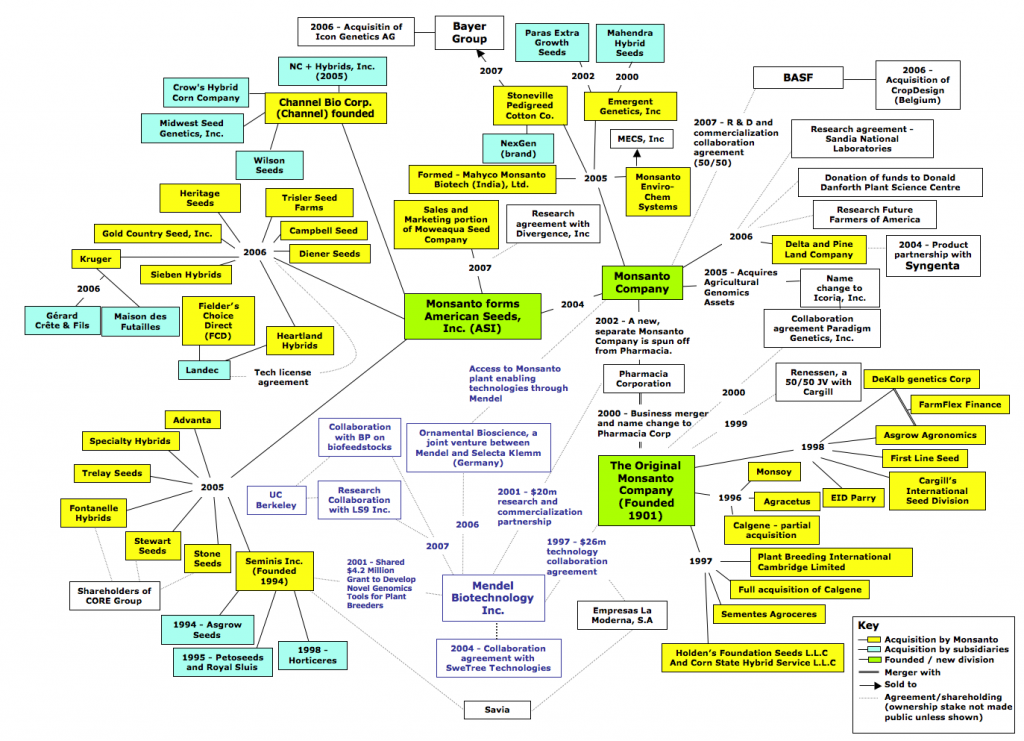