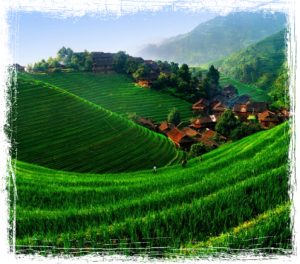 The goal of this report is to contribute to public awareness of intellectual property issues surrounding the genetic sequences of rice. Rice is an important economic crop, as well as a major subsistence crop for large populations. Because rice is a close genetic relation of other cereals such as wheat, maize (corn), and sorghum, patent claims over genetic sequences of rice can result in exclusionary treatment of genetic resources of these cereals. Also, as the first cereal genome that has been sequenced, the patenting behaviour of rice sequences may serve as a model for how sustenance crop genes are patented in the future.

Due to a variety of factors, such as drought, climate change, soil erosion, urbanization, and pollution, rice growers are faced with the challenge of producing more rice for more people, but with fewer resources. While government-based rice breeding operations have done extraordinarily well improving rice yield and quality using more traditional breeding methods, biotechnology will likely be a essential component of strategies aimed at meeting this challenge.

In the advent of gene patenting, access to enabling technologies may be impeded by intellectual property, material transfer agreements (MTAs), or other contractual arrangements. Gene patents, in particular, have the potential to monopolize genes and proteins associated with desirable agronomic traits. Patents also impact the gene-based tools needed to improve rice, such as transformation and genotyping techniques.

Intellectual property also has an impact on a larger scale by shifting the demographics of rice research from publicly-funded organizations to private companies. This shift has changed who solves problems for whom, and who has access to the tools of innovation.

In addition, patent craft has evolved in the era of sequence patents. New patent strategies have emerged, and old ones have been re-tooled to claim biological sequence “inventions” as broadly as possible. For example bulk sequence applications, which we define as those claiming more than 1,000 sequences, are frequently filed although they are likely to issue with claims to only a few sequences. However, during the pendency of the application, the uncertainty of which sequences will be claimed in the final patent may be used to influence contracts and agreements that often have limitations and consequences far greater than an enforced patent.

Access to Patent Data is Limited in Rice-Growing Jurisdictions

Access to patent sequence data in the major rice-growing jurisdictions is limited or non-existent, which makes it extremely difficult to fully assess the impact of patents where they matter most. Since the vast majority of rice produced in the world is consumed in the same country that it was produced, domestic patent laws are key for determining access to innovation tools.

For example in India, it is currently not possible to conduct a full-text search of domestic patents or patent applications; only bibliographic information is available. How can anyone assess whether they have freedom-to-operate in India if they cannot access the claims or specifications of Indian patents? The uncertainty regarding the metes and bounds of patents can lead to exploitation of parties not privy to the inner workings of the Indian patent office.

CAMBIA’s goal is to facilitate access to science-enabled innovation by creating tools that promote patent transparency. To this end we have created the Patent Lens, which includes a free patent search tool that allows users to search the full text of patents and applications from the United States, Europe, and Australia as well as world (PCT) applications. In addition, we provide a BLAST-type tool that permits searching of sequences that are disclosed in the specification or recited in the claims of U.S. patents and patent applications.

The rice genome patent landscape outlines many of the key issues associated with patenting of the rice genome. Inspired by the analysis published by Jensen and Murray in 2005 (Science 310: 239-240), we have carried out an analysis of genes that are claimed in both U.S. granted patents and patent applications. Unlike Jensen and Murray, we included patent applications in our analysis.

This landscape cannot provide an exhaustive treatment of rice genome sequences patented in all jurisdictions. Because the U.S. Patent and Trademark Office (USPTO) provides sequence data in electronic form, we were able to do this analysis with U.S. patents and applications, and we have supplemented this with some information we were able to find on counterpart filings in other countries that report to a European Patent Office (EPO) database. Unfotunately, however, many jurisdictions do not make sequence information available electronically. For example, although sequence information for China filings has been discussed in a peer-reviewed journal article, we found it is not actually available.

Our analysis of granted U.S. applications shows that a number of promoters, transcriptional activators and important structural genes are encumbered by patent claims. Pages in our landscape contain tables that provide information about these granted patents, as well as links to the Patent Lens.

One of the most important lessons in compiling this landscape was how difficult it was to access and analyse the data. If it was difficult for us, how difficult would it be for a small business enterprise wanting to enter this research area?

There are three major obstacles in our ability to conduct a thorough analysis of the rice genome; the lack of available patent data in key rice-growing jurisdictions, the lack of public information about patent licensing, and a lack of knowledge of case law in the rice-growing jurisdictions. While it is usually possible to determine who is the initial assignee of a patent application, it is virtually impossible to determine who is the rights holders of a granted patent with any degree of certainty. This makes it difficult to determine how to best conduct any negotiations regarding the patent.

This landscape is a work in progress, as the patent world is dynamic as new patents are filed, published, granted, or abandoned, and continuation applications are filed every day. Also, the landscape is changing as patent jurisdictions are increasing their capacity for search and analysis by individuals outside the patent office. CAMBIA plans to facilitate access to patent data from difficult jurisdictions and create new interactive patent landscaping tools to simplify the creation of new, dynamic, interactive patent landscapes.