Promoters responsive to low or cold temperatures (equal to or below 10°C) are the subject matter of patents and patent applications filed by the Japanese companies Takara Shuzo Co., Ltd and Japan Tobacco Inc., The University of Quebec in Montreal and Danisco. 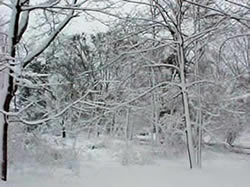 Most of the cited institutes claim in their patents a particular “cold” promoter and its variant sequences.

The United States granted patents and the European and Canadian patent applications relate to a vector useful for the expression of a protein under low temperature conditions. The vector of the invention contains:

The promoter region and 5′ untranslated region of the vector are not limited to a particular promoter. In addition a promoter and a 5′-untranslated region are derived from the cold-shock protein (csp) A of Escherichia coli. The nucleotide sequence of such promoter is also claimed by the inventors.

Note: Patent information was last updated on 10 May 2006.

Search terms: “promoter” in abstract and “Takara Shuzo” in applicant.

B. Patents on particular cold-temperature promoters

As mentioned above, the patents filed by most institutes relate to a specific low temperature-responsive promoter.

The following table summarizes some bibliographic data of the patents and patent applications filed by the cited entities and a brief description of the promoter claimed.