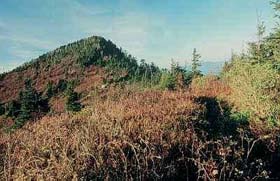 Metallothioneins are proteins that bind and sequester ionic forms of certain metals in fungi (yeast), plants and animals. Such metals include copper, zinc, cadmium, mercury, gold, silver, cobalt, nickel and bismuth. The specific metals sequestered by metallothioneins vary in different organisms. Typically, these proteins are cysteine (cys)-rich and lack aromatic amino acids. The presence of cys motifs is related to the capability of binding metal ions. For instance, Cys-Xaa-Cys motifs have been implicated in the binding and sequestration of copper. The location of these residues within the protein is highly conserved between different species showing a tight evolutionary relationship. In plants, metallothioneins have roles in metal accumulation, metal detoxification and embryogenesis.

In the early 1990’s, a gene expression system for plants was devised based on the copper-dependent yeast metallothionein gene, named ACE1 (activating copper-metallothionein expression). When a transcription factor-binding site for the ACE1 gene was linked to the 35S CaMV promoter, the expression of beta-glucuronidase (GUS) reporter gene was regulated in transformed tobacco plants. Moreover, GUS expression depended on the presence of copper ions. The yeast copper-inducible system has been also introduced in Arabidopsis thaliana, driving the expression of green fluorescent protein (GFP).

Several metallothionein genes have been isolated from plants such as pea, maize, barley, soybean and Arabidopsis and different plant tissues such as maize root. Although the metal-responsive system is useful for regulation of gene expression in a particular tissue and development stage, effects that the metal could have in other tissues in the transformed organisms should be assessed.

A eukaryotic metal-responsive promoter, in general, was claimed in the European patent EP 94428, granted to University Patents Inc. (now Competitive Technologies Inc.) on February 12, 1992. The invention consisted of processes for securing the transcription of a selected gene sequence in a host cell under the regulation of a eukaryotic metal-responsive promoter. This European patent expired in all European states where the patent was converted. The disclosed invention is now in the public domain.

Other patents relevant to metal-responsive promoters are directed to metallothionein gene promoters isolated from different sources such as yeast, mouse, human and maize. In general, the patents claim: