Called co-integrated vectors or hybrid Ti plasmids, these vectors were among the first types of modified and engineered Ti plasmids devised for Agrobacterium -mediated transformation, but are not widely used today.

These vectors are constructed by homologous recombination of a bacterial plasmid with the T-DNA region of an endogenous Ti plasmid in Agrobacterium. Integration of the two plasmids requires a region of homology present in both.

Three vectors are necessary in this system: 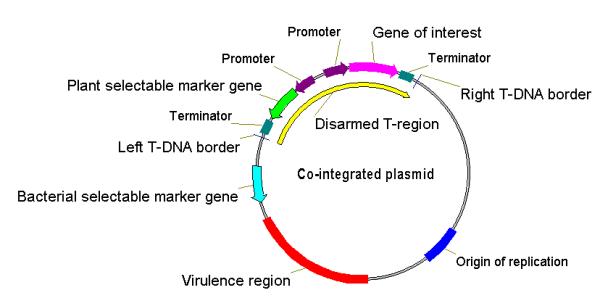